Some users had some problems to uninstall after effects permanently.

Method 2: Uninstall After Effects Via The Programs and Features Option

Again you need to have the Administrative permissions on your computer to proceed.

Select the Apps and features option on the left pane.

Select the Adobe After Effects CC

The Uninstall button appears. Click on it to proceed with the uninstallation

You will still choose uninstall as above to move on.

Wait for the computer to finish up then reboot.

The process of uninstalling adobe after effects CS6, CS7, and every other CS Version is almost identical to that of After Effects CC software versions.

Indeed, the only difference is that this time you will be looking for an app. labeled After Effects CS X (where X stands for the edition instead of After Effects CC 2017 or otherwise):

You should hence refer to the steps of uninstalling the After Effects CC software mentioned above and replace the CC with CS6, CS7, or your specific copy depending on your installed Windows. 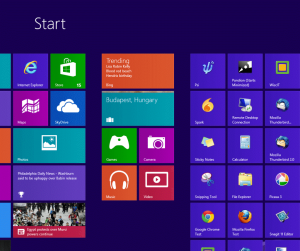 What To Do If Adobe After Effects CS6 Uninstall Failed

Sometimes you receive an error that the After Effects uninstall failed or that the PC has encountered various uninstallation errors. 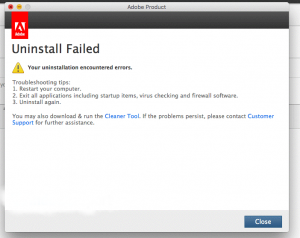 Other potential problems including the creative cloud refusing to launch and further complications when you attempt to uninstall AE from your computer’s control panel.

This means you will need to troubleshoot the system before retrying. Here are some actions to take in order to eliminate the emerging errors:

Troubleshooting Tip 1: Stop All Other Applications

Programs removal is sometimes affected by other running applications especially where the involved software share some background processes. The key here is to stop all presently running programs before starting to uninstall After Effects.

In most cases, common After Effects uninstallation issues are solved by simply restarting the computer. You may thus restart the PC then re-launch the uninstall process.

Uninstallations typically involve an Uninstaller softwarebehind the scenes so your antivirus may block the launching of the concerned uninstaller by mistaking it for malware in some cases.

Luckily, most antivirus software including BitDefender allows you to pause their activities temporarily. You should, therefore, halt your antivirus even for a couple of minutes to allow you to complete the uninstall.

Troubleshooting Tip 4: Turn off The Firewall

A Firewall including two-way firewalls for Windows 10 can also interfere and may need to be turned off to successfully run through all the uninstallation steps.