The wonderful Ubuntu terminal is freely available for Windows 10.

As any Linux user knows, it’s the command line terminal where the magic happens. It’s perfect for file management, development, remote administration and a thousand other tasks.

Windows 10 needs to be updated to include the Windows 10 Fall Creator update, released October 2017. This update includes the Windows Subsystem for Linux which is needed to run the Ubuntu terminal. 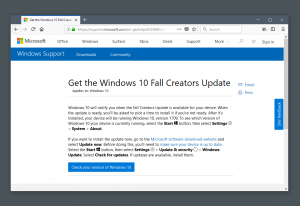 Ubuntu can be installed from the Microsoft Store:

Ubuntu will be downloaded and installed automatically. Progress will be reported within the Microsoft Store application. 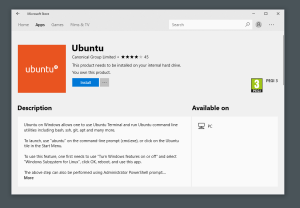 Ubuntu can now be launched in the same way as any other Windows 10 application, such as searching for and selecting Ubuntu in the Start menu.

When launched for the first time, Ubuntu will inform you that it’s ‘Installing’ and you’ll need to wait a few moments.

When complete, you’ll be asked for a username and password specific to your Ubuntu installation. These don’t need to be the same as your Windows 10 credentials. With this step complete, you’ll find yourself at the Ubuntu bash command line.

Congratulations! You have successfully installed and activated the Ubuntu terminal on Windows 10. You now have all the power of the command line at your fingertips.