Home /.Solutii /How to Jailbreak a Fire Stick

Why Jailbreak Your Amazon Fire Stick?

The popular Amazon Fire Stick (and its 4K alternatives, the Fire TV, and Fire TV Cube) comes with content preinstalled. Quite a lot of content, in fact; and then there’s the stuff that you can install later.

Think YouTube, Hulu, ESPN, Disney+, Netflix, even HBO. And don’t forget regional TV apps and streaming services either. CNN Go, CBS All Action, and BBC iPlayer are also available, depending upon where you live.

In short, the choice available is huge, so why hack an Amazon Fire Stick? Apps available by default on Fire TV devices are from the curated library of software in the Amazon App Store.

Jailbreaking the Amazon Fire Stick means removing the device from the Amazon ecosystem. With an unlocked Fire Stick you can install additional software that isn’t officially available for the device. This might mean, for example, Kodi; but it might also mean other apps, such as Android games and media streaming software.

Why Android? Simple, the Amazon Fire Stick’s operating system is based on Android.

A simple Amazon Fire Stick hack lets you install any Android software, if you have the APK installer file.

Is It Legal to Jailbreak a Fire Stick?

If you own an Amazon Fire Stick, and you want to jailbreak it, you might be concerned about the legality of doing so. After all, it might be illegal, right?

What is illegal, however, are some of the ways you might use the Fire Stick after unlocking. We’ve already considered that you might install Kodi, for example. While Kodi is not illegal, some uses of the software certainly are.

Many third-party add-ons for Kodi have been built with the intention of streaming copyrighted video, for examples. Using these tools is illegal, so if you unlock your Fire Stick to install Kodi and install such add-ons you’re on the wrong side of the law.

However, you don’t have to be limited by this. The basic Fire Stick jailbreak is legal, as is Kodi. So as long as you don’t use it to watch copyrighted content, you’re fine.

How to Jailbreak a Fire Stick

To jailbreak your Fire Stick, grab the remote and go to Settings. 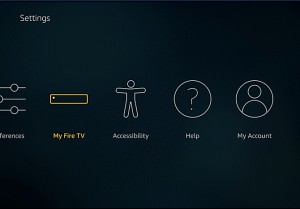 Here, select My Fire TV (or Device) then Developer Options. 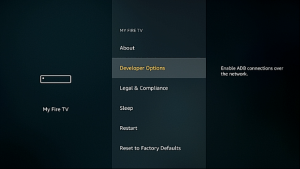 Select Apps from Unknown Sources and click Turn On, then confirm when prompted. 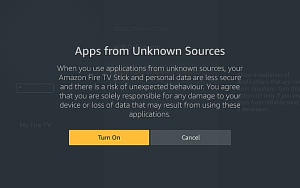 You should also browse to Settings > Preferences > Privacy Settings and disable these settings:

Exit the settings screen. The Amazon Fire Stick is now jailbroken, (or unlocked or hacked, depending on your choice of terminology). You’re now ready to download an APK file to your Amazon Fire Stick.