This is but a brief introduction to what quantum computers are, and the immense potential that they hold.

Google, IBM and a handful of startups are racing to create the next generation of supercomputers. Quantum computers, if they ever get started, will help us solve problems, like modelling complex chemical processes, that our existing computers can’t even scratch the surface of.

But the quantum future isn’t going to come easily, and there’s no knowing what it’ll look like when it does arrive. At the moment, companies and researchers are using a handful of different approaches to try and build the most powerful computers the world has ever seen.

What is quantum computing?

Quantum computing takes advantage of the strange ability of subatomic particles to exist in more than one state at any time. Due to the way the tiniest of particles behave, operations can be done much more quickly and use less energy than classical computers.

In classical computing, a bit is a single piece of information that can exist in two states – 1 or 0. Quantum computing uses quantum bits, or ‘qubits’ instead. These are quantum systems with two states. However, unlike a usual bit, they can store much more information than just 1 or 0, because they can exist in any superposition of these values. 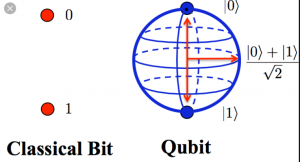 “The difference between classical bits and qubits is that we can also prepare qubits in a quantum superposition of 0 and 1 and create nontrivial correlated states of a number of qubits, so-called ‘entangled states’,” says Alexey Fedorov, a physicist at the Moscow Institute of Physics and Technology.

A qubit can be thought of like an imaginary sphere. Whereas a classical bit can be in two states – at either of the two poles of the sphere – a qubit can be any point on the sphere. This means a computer using these bits can store a huge amount more information using less energy than a classical computer. 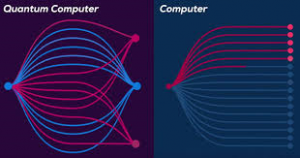 What can quantum computers do that normal ones can’t?

Quantum computers operate on completely different principles to existing computers, which makes them really well suited to solving particular mathematical problems, like finding very large prime numbers. Since prime numbers are so important in cryptography, it’s likely that quantum computers would quickly be able to crack many of the systems that keep our online information secure. Because of these risks, researchers are already trying to develop technology that is resistant to quantum hacking, and on the flipside of that, it’s possible that quantum-based cryptographic systems would be much more secure than their conventional analogues.

Researchers are also excited about the prospect of using quantum computers to model complicated chemical reactions, a task that conventional supercomputers aren’t very good at all. In July 2016, Google engineers used a quantum device to simulate a hydrogen molecule for the first time, and since them IBM has managed to model the behaviour of even more complex molecules. Eventually, researchers hope they’ll be able to use quantum simulations to design entirely new molecules for use in medicine. But the holy grail for quantum chemists is to be able to model the Haber-Bosch process – a way of artificially producing ammonia that is still relatively inefficient. Researchers are hoping that if they can use quantum mechanics to work out what’s going on inside that reaction, they could discover new ways to make the process much more efficient. 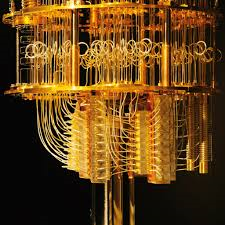