Emoji work basically anywhere these days, including in Microsoft Word documents. Jazz up your documents with colorful emoji icons that work on all modern operating systems, including Windows 10, macOS, iPhone, iPad, Android, and the web.

If you’ve used the emoji picker in the past, it will show your most frequently used emoji first—this works on both Windows and Mac. 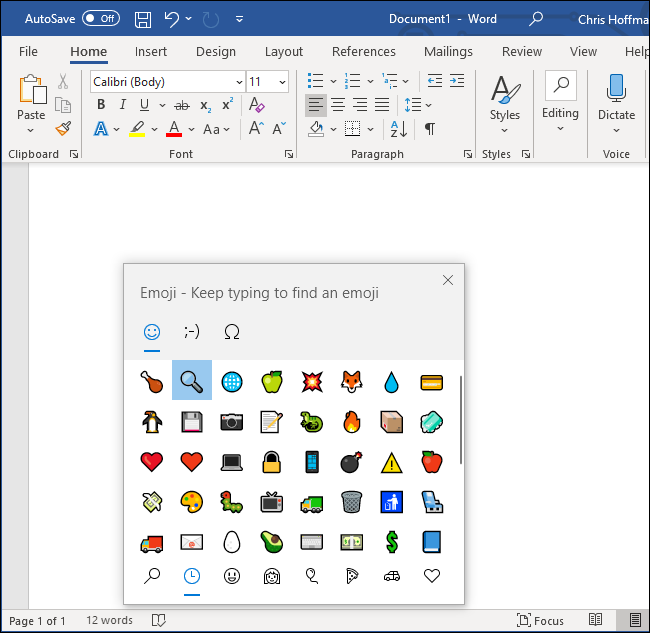 On both Windows and Mac, you can start typing the name of an emoji to search for it. For example, to find food-related emoji, type “food.” You can also just scroll through the long list of emoji here to find whatever you like.

Use the arrow keys and press Enter or click an emoji to insert it. 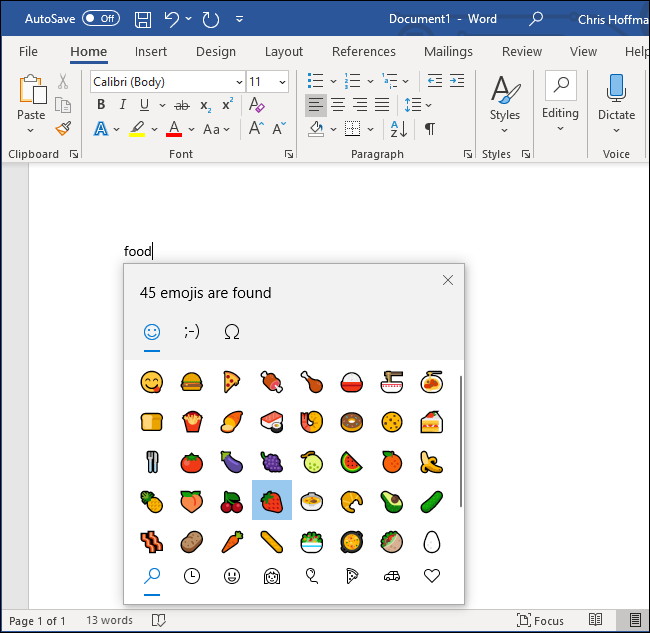 The emoji you insert into your document will appear as colorful modern emoji icons. You can resize them and make them larger or smaller by adjusting their font size, just as you would with any other text in the document.

These emoji will appear work when your document is opened in Word on any modern platform that includes built-in support for emoji. However, they’ll look a little different between platforms—Microsoft, Apple, and Google all have their own unique emoji styles. 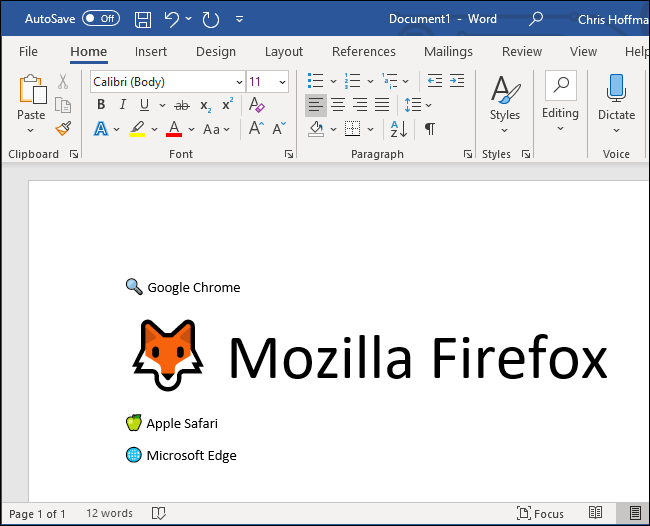