Similar to Google’s own Files app, Google Photos includes a “Locked Folder” feature. This allows you to hide sensitive photos behind some form of security. We’ll show you how to keep prying eyes away from your photos. Unlike the Files by Google app, Google Photos utilizes the screen lock on your Google Pixel smartphone. So, if you use a fingerprint to unlock your phone, that’s what you’ll use to open the “Locked Folder.” There’s also some nifty integration with the Google Camera.

Note: Photos and videos moved to the Locked Folder won’t appear in the main photos grid, memories, search, or albums. They aren’t backed up to the cloud and can’t be accessed on other devices.

First, let’s set up the Locked Folder. Open the Google Photos app on a Pixel 3 or a newer Pixel smartphone. Then, go to the “Utilities” section in the “Library” tab. 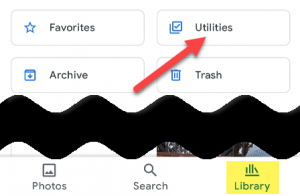 Scroll down and select “Locked Folder.”

If you already have a screen lock method, you’ll be prompted to enter that.

If you don’t, the app will ask you to set one up, directing you to the Settings app. 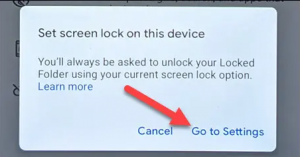 Now, you can go back to Google Photos and select “Move Items.” 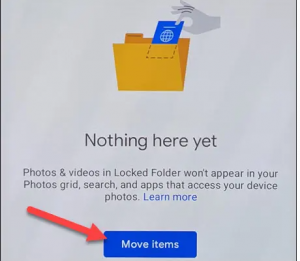 Select all the photos you want to move to the Locked Folder and tap “Move” in the top-right corner. 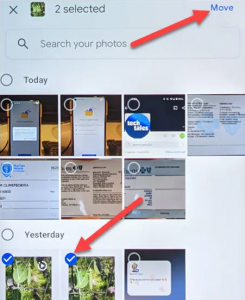 You can also add a photo to the Locked Folder while viewing it. Tap the three-dot menu icon in the top-right corner.

Then, select “Move to Locked Folder.”